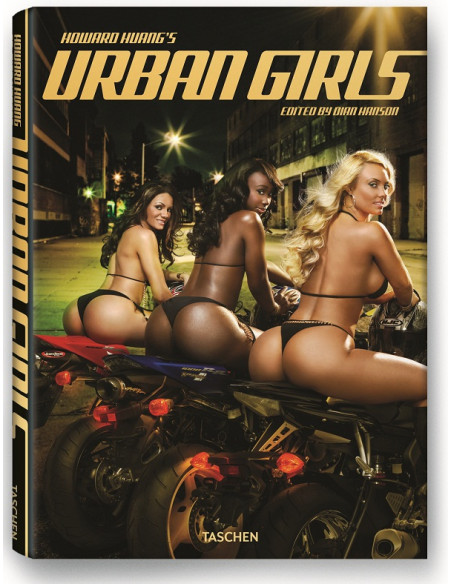 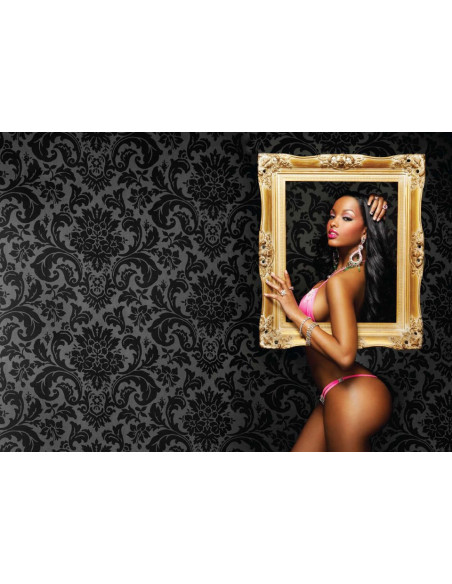 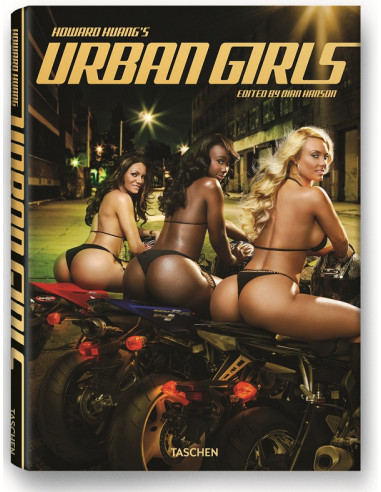 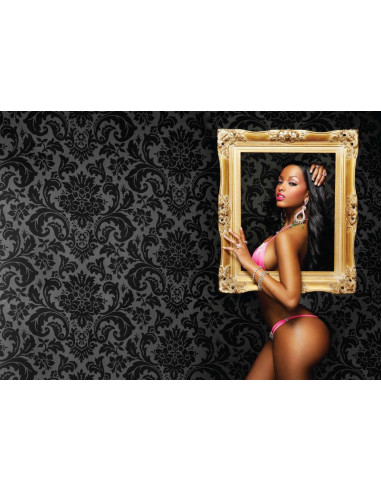 When photographer Howard Huang began shopping his fashion book around New York in 2002 he had no idea he was about to become the master of urban photography. Back then, Huang, originating from Taiwan, thought "urban girls" were just women who lived in the city, explaining, "English is my second language; I was still learning." Nonetheless, when the editor of Black Men magazine asked if he knew how to shoot sexy women he said, "Sure!" and set about staging the magazine’s voluptuous singers, models, and actresses in fantasies inspired by his love of comic books and anime. His composite photos feature exotic locales, lush interiors, or the neon-washed nighttime streets of Manhattan. His shapely heroines, including singer Jacki-O, actress Vida Guerra, and reality TV stars Hoopz, Deelishis, and Risky Jones, escape on sleek motorcycles; rob banks with guns drawn and Halliburton cases spilling money; brandish swords like Japanese assassins; conjure fire; hunt big game, and generally kick ass while displaying their own generous posteriors in photos reminiscent of video games. "The trick is to rework an image to enhance my vision, without drawing attention to cheesy Photoshop special effects," says Huang, who studied under advertising photography master Michel Tcherevkoff. The result is a unique marriage of the new pictorialism with classic glamour photography, and a look at the little known niche market of African-American and Latina bikini models, collectively known as "urban girls." The author: Howard Huang was born in Taiwan in 1972, moved to Hawaii as a teen, and was educated at the Academy of Art College in San Francisco. Upon graduation he moved to New York where he shoots fashion and commercial photography as well as urban girls for Black Men, XXL, Smooth, Vibe, Maxim and other magazines. The editor: Dian Hanson was born in Seattle in 1951. For 25 years she produced various men’s magazines, including Puritan, Juggs and Leg Show, before becoming TASCHEN's sexy book editor in 2001. Her many books for TASCHEN include Vanessa del Rio: Fifty Years of Slightly Slutty Behavior, Tom of Finland XXL, and The Big Butt Book. She lives in Los Angeles.