Would I Lie to You: A Gossip Girl Novel 10 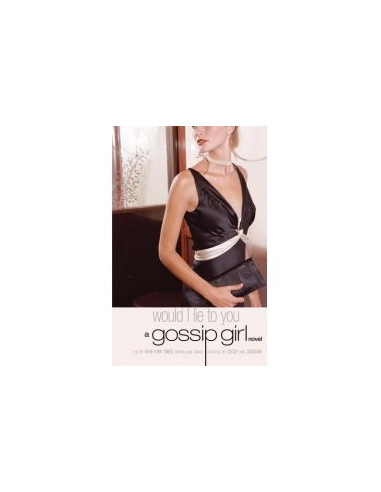 For the girls of the Gossip Girl series, summer appears to be infinite. The newest book takes place over a short period of the summer, before the characters head off to university for the first time. The warm season obviously means even more beautiful clothing and Hampton Beach outings than a normal book in this series. Serena and Blair start out as muses for a famous designer but are quickly bored by lounging by the pool, which leads them to stir up some trouble. Nate is nearby, still doing work for his lacrosse coach to earn his diploma, but the lure of Blair and Serena is irresistible. On the other side of town, Vanessa struggles as a babysitter for two spoiled children, which takes her very far out of her comfort zone (and to Hampton Beach, of course). Dan and Vanessa have broken up (for the moment) and he uses his summer to explore the underground literary world and his sexuality. All the favorite characters are back in this 10th book of the series: they're up to their usual antics and making poor decisions, which makes it a delightfully fun read. Serena, the It girl, has become less of a focus, and Nate and Blair are more central to this installment. In addition, Dan's little sister, Jenny, is in Prague for the summer, practically eliminating her from the plot. The characters are less connected than they have been in past books, but it still reads like an episode of The OC. Light, funny, and gossip-filled, this is more than enough to indulge any Sex and the City fan. Includes some sex, homosexuality, drug use.