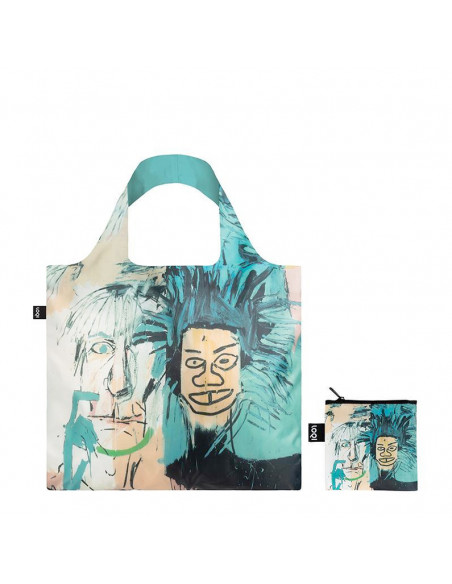 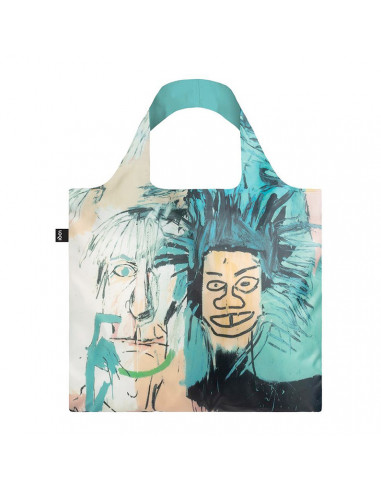 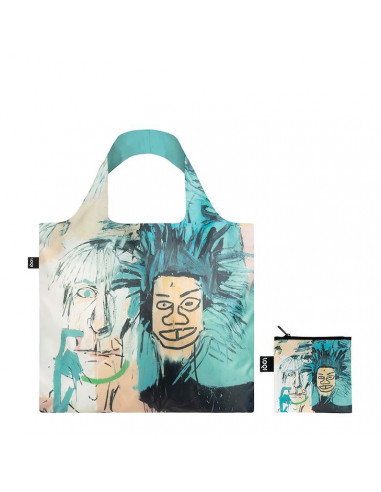 Jean-Michel Basquiat takes us into the sapid streets of New York, full of murals and graffiti. Feel the fast pace of Big Apple with this bag designed by Jean-Michel Basquiat and Andy Warhol. This LOQI bag features the work Dos Cabezas of the two artists created in 1982. New York artist Jean-Michel Basquiat played an important role in the transition of graffiti art from a clandestine street activity to the dominant postmodernist art. Andy Warhol being Andy Warhol's best friend at the time, he is well known for his raw painting style with graffiti and scribbling texts.